Aliya Mustafina is expecting a baby!

Aliya Mustafina is a two-time Olympic champion who achieved great results in sport. But nowadays she is preparing to take another role. She is expecting a baby!

"My daughter will give birth in the summer," said Mustafin, a bronze medalist in wrestling at the 1976 Olympic Games. "Doctors say it will be in July. We don't know the sex of the baby yet. They are living in Moscow – my daughter has her own apartment. She is ready to become a mother."

This past summer, Mustafina was once again the most successful Russian gymnast at the Olympics, winning gold on the uneven bars, silver with the team competition and bronze in the all-around — repeating three of her four medals from the 2012 Olympics Games in London.

Mustafina, who turned 22 in September, has not committed to training for the 2020 Olympics. She is currently studying at the Russian State University of Physical Education, Sport, Youth and Tourism in Moscow. This past fall she said starting a family was her next goal.

"I want to graduate, to become a mother and raise children. And my childhood dream – to go to the moon," she said in October. "I'm tired of the gym and I want to relax. If I miss the gym, then, I'll come back. I'm thinking about how to do something for the development of gymnastics, rather than coaching."

Mustafina was one of five Russian Olympians to marry in 2016. Ksenia Afanasyeva, who missed Rio because of injury and illness, tied the knot this year. David Belyavsky, who proposed to his girlfriend in Rio, was married in Greece after the Olympics. Long-time couple Denis Ablyazin and Ksenia Semyonova, who are also expecting a baby, were married as well.

If Mustafina were to make a comeback, she would join a small number of gymnasts who have returned to international competition after giving birth. Seven-time Olympian Oksana Chusovitina is the most notable, but others include Great Britain's Lisa Mason and Bulgaria's Ralitsa Rangelova. 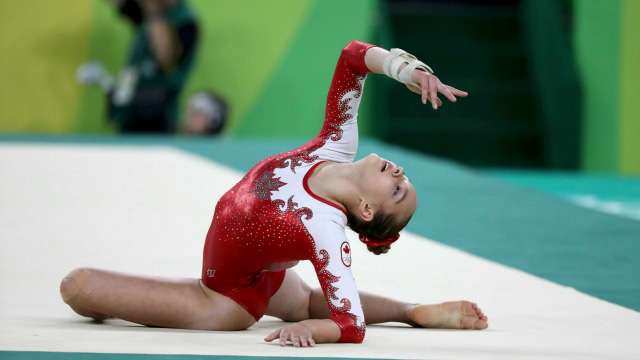 < Shallon Olsen and her new goals!

Yana Kudryavtseva's plans after an operation.