Numerous retirements were announced. One of them was connected with Yana Kudryavtseva. Skillful and talented gymnasts leave letting new stars appear in the world of rhythmic gymnastics.

The Russian front, always strong in Rhythmic Gymnastics, was led by emerging star Dina Averina, who captured the national title last month, and the graceful Aleksandra Soldatova, who after two years as the youngest on the team at the World Championships, was suddenly its most experienced member.

A host of usual suspects, beginning with Italy’s famed “Farfalle” (“Butterflies”) challenged for the podiums in Group competition. Though the flag they competed under didn’t change, the Italian, Russian, Spanish and Bulgarian Groups - the latter three having made up the podium in Rio - were populated with several different faces compared to a year ago.

One who had retained her place was Russia’s Anastasia Bliznyuk, a gold medal-winning member of the Russian Group from the London and Rio Games. One of only four Rhythmic gymnasts to hold two Olympic gold medals, Bliznyuk travelled to Pesaro with more titles in mind. 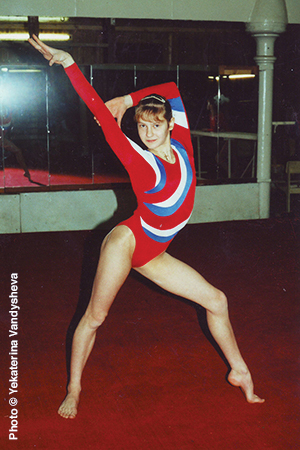