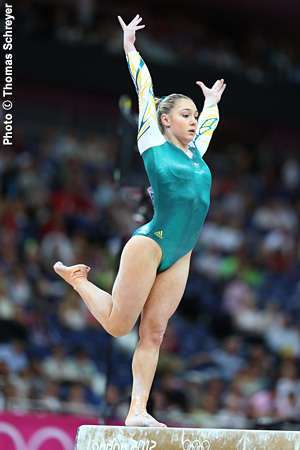 An Australian gymnast, Emily Little, is an outstanding sportswoman as she managed to become 2012 Olympic all-around finalist. Recently she took part at the Challenge Cup of Szombathely, Hungary that was held in October 7-9. Emily Little got the gold medal on balance beam and won the silver medal on vault.

A veteran of three world championships, Little placed 15th all-around at the 2012 Olympic Games in London and third on vault at the 2016 Olympic test event held in Rio de Janeiro in April. She finished third all-around, first on vault, and third on balance beam and floor exercise at the Australian Championships in May.

Little did not get the opportunity to compete at the Rio Games in August since after Australia placed fifth at the test event, from which the top four teams advanced to the Games.

Emily Little is a very ambitious gymnast. In this interview she expressed her thoughts about Rio and shared with us her plans for the coming year.

REPOST and Win $200 Coupon on a leotard!

TOP 6 Leotards of Universiade in Kazan 2013